The bore of the house of this replacement gas spring is 15 mm. The diameter of the rod is 6 millimeter. The chrome part is called the rod. It has a length of 40 mm. The total length of this replacement is 144 millimeter. Note: this is the total length between the rotation points of the two mounting parts. Without the mounting parts this gas spring is 112 mm long (thread to thread). This gas spring (156.145.40) has a force of 400 Newton. This is not an official Vapsint gas spring, but a so called replacement. This gas spring was produced by Stabilus subsidiary Hahn with the brand Stabilus Industry Line. The gas spring can be used without problems as a replacement, because the dimensions and force equal.
Category: Vapsint replacements 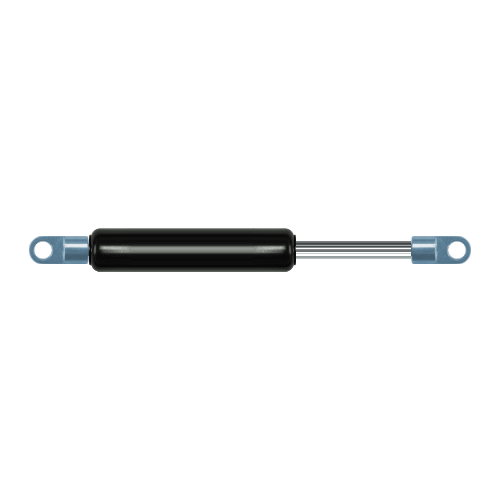